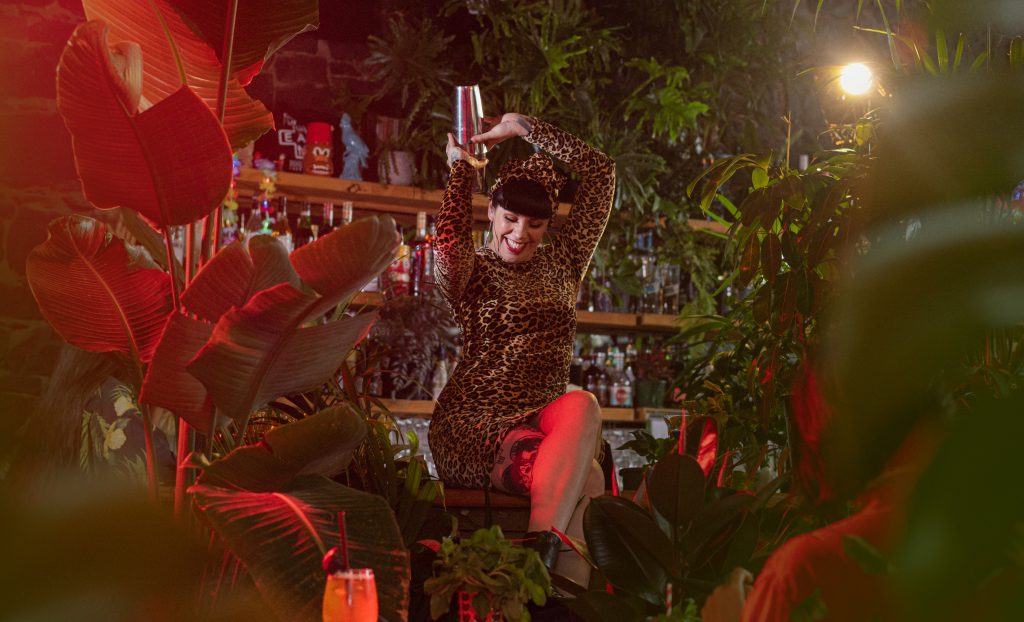 To potter (v): to spend time in a pleasant, relaxed way, often doing small jobs in your house.

Chef Shannon Martinez had real trouble keeping her plants alive. “I really thought because of how I champion plant-based eating, that maybe as a gift from the plant world, I would automatically be a good gardener,” she says. “Sadly, not quite!”. While Martinez might have a bit to learn in the departments of repotting and propagating, her understanding of plant-based cooking and eating is next level. At her Melbourne eateries, Smith & Daughters and Smith & Deli, the chef turns out vegan-friendly fish fillets, burger patties and carpaccio with as much savour and sass as the real thing. While pottering-about with Martinez, we got the low-down on the flavourful world of veganism, why she’ll never quit experimenting, and curating the most rollicking, “all plants, all the time,” Jungle party that Melbourne’s ever seen.

I started focusing on cooking vegan food about 15 years ago. I was working at a place called The East Brunswick Club. Back then, vegetarian was a thing, peanut allergies were a thing, but in terms of dietaries, that was pretty much it. Then all of a sudden I started getting more frequent requests for vegan food, so I decided to put on one dish. It went crazy and ended up being the most popular item on the menu. It showed me there was this whole market of vegans that no-one else was really catering for. 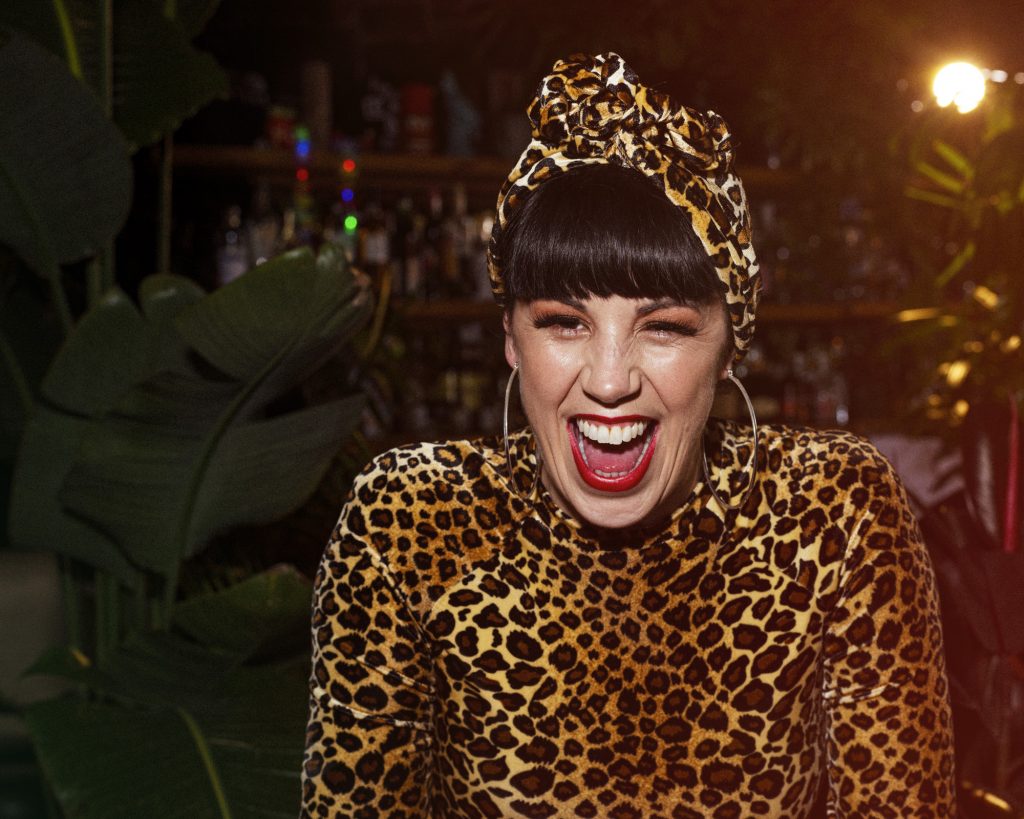 Plant-based eating has certainly grown in popularity in recent years. What do you attribute that to?

In Melbourne back then, vegan food was pretty much just Chinese mock-meat restaurants or the Hare Krishna; there wasn’t really a vegan focus in more Western cuisines. Since then, though, it’s just snowballed. We’ve gone from vegan being a dirty word, to vegan being a buzz-word. It’s in the media all the time, whether that be for environmental reasons, health reasons, or celebrities like Beyonce going vegan (so a million other people do it because they’ve seen it on social media).

Your restaurants Smith & Daughters and Smith & Deli, are both vegan eateries. What do you love most about cooking vegan food?

It’s a real challenge and that constant experimenting with things really does it for me. I want a meat-eater to eat our food and not be able to tell the difference. Where they think: hey, if I could eat like this every day, I would totally be vegan. At the end of the day, my main goal is trying to target meat-eaters to eat less meat, and lower consumption across the board generally.

What would you like people to understand more about plant-based eating?

Veganism is more multifaceted than just not eating animals. It’s also about leading a more empathetic lifestyle. For example, we just did a full renovation of the Deli, and while we’ve always made a lot of our products, we also have a big grocery section where we brought stuff in. Now we’ve stopped importing the majority of our products so we can have more control over our food miles. Instead of bringing in frozen things, we do our own ready-meals. We make everything in-house and most of the ingredients are from Victoria, if not Australia. It’s way better than it was before.

You’re well-known for being a meat-eating, vegan chef. Do you think the fact you also eat meat makes your job easier or harder?

Much, much easier. I think because I can see both sides, the food I make feels and tastes quite different to a lot of vegan food that’s out there. And while I know it’s a good tag-line for people, I actually rarely eat meat anymore. I’m very selective about it.

What’s interesting is that your palate changes when you become vegetarian or vegan. I’ve had vegans come to me and tell me there’s this new cheese out, that tastes just like cheddar, and I’ll try it but it tastes nothing like cheddar! They don’t remember, food isn’t just flavour, it’s also mouthfeel and texture, the way fat coats your mouth. I can understand the original dish that I’m trying to recreate, and put all those elements into the vegan-version. For example, right now we’re doing a vegan carpaccio, traditionally a raw beef dish, but the base is rice. It’s so, so good. We also have an antipasto platter with an almost 48-hour fermented focaccia, and we serve that with vegan prosciutto and ferments.

I think the best vegan food being made at the moment is from non-vegan restaurants, so I’ve intentionally chosen chefs to cook at this event, who’re not necessarily known for their vegan food. We’ve got people like Fancy Hank’s, an American barbecue restaurant, the Middle Eastern Bar Saracen, the Vietnamese restaurant Annam and more. It’s going to be so many different cuisines coming together to celebrate plants, edible and ornamental, in all their glory.

What do you hope people take away from the event?

I want to highlight the chefs in Melbourne who are doing really rad stuff with vegan food, that people might not think about otherwise. Also, for me personally, the whole idea when we started Smith & Daughters was great music, great booze and great vegan food. I have a background in bars and music, so for Welcome to The Jungle we’ve gone for an all-out Tiki-vibe with drinks from The LuWow, and one of my favourite bands in Melbourne is playing, The Tarantinos. It’s going to be wild.

So no green smoothies, then?

Who wants to drink a green smoothie with their dinner? Not me. No, this is going to be debaucherous. No Hackysack, no green smoothies, none of that. We’re going to create a loud ruckus of a party and bring plant-based eating into this exciting new decade.

What’s your version of getting your hands dirty, Shannon?

Definitely getting into the kitchen to experiment. I’ve had more failures than successes, for sure. But it’s taken me a really long time to figure out what works and what doesn’t, and we don’t put anything out there that’s not as close to the real thing as possible.

What’s been the trickiest recipe to master?

The one thing I still can’t get right, and it drives me crazy, is choux pastry, for éclairs and profiteroles. Egg is the main ingredient. We’ve got it so close, but it’s not perfect yet. Watch this space.

You’ve been cooking around Melbourne for the last 20 years. How have tastes changed in that time?

Vegan food is no longer hippy, dowdy or pay-as-you-feel. This is the food we should be eating from now on, and now, more than ever, we need to understand that we can’t keep doing what we’re doing.

What other changes would you like to see in 2020 in Australia?

It’s going to be very interesting to see what happens after things settle from the fires. I’m hoping one of the changes that will come about from this whole devastation, is that people will become not only more aware, of climate change, but the role that our food plays in it. There are whole farms being wiped out, but many people don’t quite make the connection to what that means.

Do you have plants at home?

I have bought so many plants with the best intentions, and I don’t know what I’m doing wrong, but I only have two plants left in my house that I haven’t killed yet. Help!

Where do you go in Melbourne for a bit of Greener Spaces Better Places?

On my days off, I’m almost always still cooking. I’m obsessed, I can’t help it. But for a little Greener Spaces Better Places, I go out to see producers on their properties, or visit the Farmers Market. Seeing all the amazing array of produce and plants is very inspiring! And I always love seeing the change of seasons at markets. 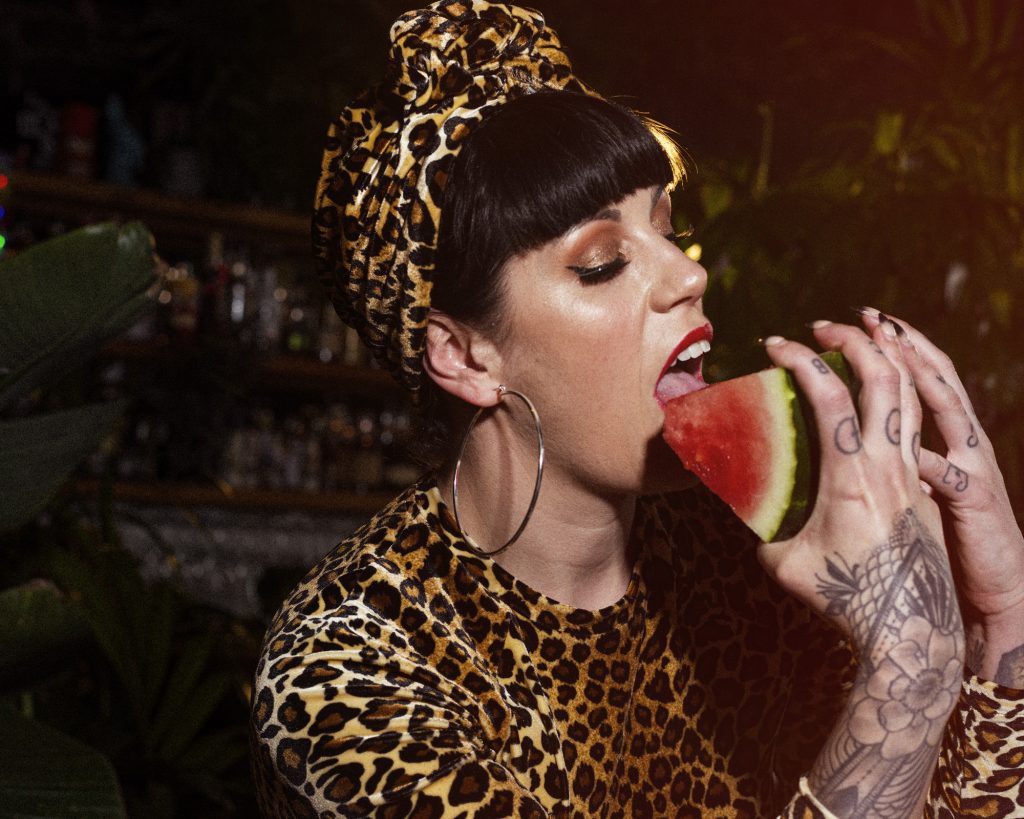 If you could spend the day gardening with anyone in the world, who would it be?

That’s such a hard question! One person? Only one? Oh man. I love to spend time in my yard with a lot of people, but it would have to be my partner.

I love food more than anything else, so the fact that I can’t grow it really upsets me. My new house has an established veggie garden. I have talked to friends who are good gardeners and they’re going to come over and teach me what to do. It would be the best thing in the world to be able to go outside and pick some tomatoes for myself that I’ve grown – so I’m dedicated to learning.

How would you rate your own Greener Spaces Better Places?

From a successful gardening point of view? Terrible. But from a place of championing plant-based eating, and real food, made by real people, with real ingredients? Well, in that respect, I’m excelling.